A Note About Prophetic Ministry
in an Age of Declension. 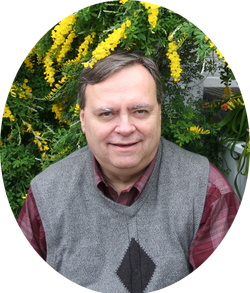 Prophetic ministry has always played a key role in God's Kingdom.  But it is usually not connected with the institutional arm of His approach (Churches, Schools, Colleges, etc).  The prophets were generally outsiders, spending time with God in lonely isolation, sometimes for years on end, and then God would raise them up and send them to "the institutions" and to the Corrupt societies of their times,  with special prophetic messages.

They were anointed, appointed  and fitted by God, to deliver sometimes very disagreeable messages, as in the cases of the weeping prophet Jeremiah, and also Amos.  But the normal prophetic pattern is that God raises up dynamic, unique individuals at specific times, with specific gifts of the Holy Spirit, to render scathing reproach on the established religious institutions, ecclesiastical failures, and corrupt social structures of the times.   The message of prophets is directed mostly at the shortcomings and failures of the churches and ecclesiastical institutions, but it also includes indictments against kings and countries.

Occasionally their messages are directed at cities, governments, kings and nations, but the bulk of the prophetic messaging is directed at "the custodians of the truth",  The Temple People, the churches, and church leaders, who should know better!  This website is a prophetic ministry in this sense.  So be advised, especially if you are a pastor or Christian leader, some of this stuff is directed at you!  And you may not like it. So get with God's program, or get out.  These are not times for woossies and wimps.  These are times for men of power with God and men.

Many people miss the point that my ministry is a prophetic ministry in the sense that many of my messages are not easy to swallow. Nothing is sugar-coated, and this turns some people off.  Oh well?   They think I am always trying to be negative, when I am pointing out the things that God has shown me.   But in reality I am being highly positive, because I am showing them things that God wants them to see.  Things that they take for granted and things that the wrongly ignore.  They could accuse me of being negative, if I was tickling their ears with false doctrines, or ignoring the big issues which God told me to challenge.   If I did that, then I would indeed be negative.  I would even be a corrupting influence on the kingdom.  But any preacher who preaches the truth uncompromisingly is not being negative.  He is being faithful, and that is as positive as one can be.

Negative volition is when you hate the truth, and positive volition is when you love it, and receive it gladly as from the Lord.
Instead of you being negative, and being resistant to the truth, you need to exercise positive volition, and receive both it, and the men whom God has put in your life who proclaim it.  Support the prophets, don't resist them, for when you resist them you resist God.
©2011 E H Jackson
This article may be reproduced on webites and blogs with a direct link from the article back to this website. it may not be republished in any other form without written permission.
Powered by