Godliness with Contentment In Great Gain 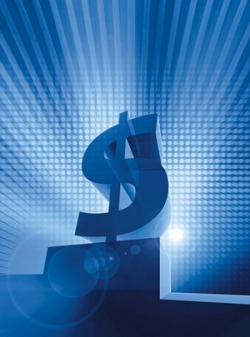 1Ti 6:6-11  But godliness with contentment is great gain. For we brought nothing into this world, and it is certain we can carry nothing out. And having food and raiment let us be therewith content. But they that will be rich fall into temptation and a snare, and into many foolish and hurtful lusts, which drown men in destruction and perdition. For the love of money is the root of all evil: which while some coveted after, they have erred from the faith, and pierced themselves through with many sorrows. But thou, O man of God, flee these things; and follow after righteousness, godliness, faith, love, patience, meekness.

I have been prayerfully contemplating the marvelous teachings of the Bible regarding Christian contentment. Paul said:  "For the sake of Christ, then, I am content with weaknesses, insults, hardships, persecutions, and calamities. For when I am weak, then I am strong" ( 2Cor. 12:10 ESV).   He was content in these situations.  Likewise He says a similar thing in Philippians  " Not that I am speaking of being in need, for I have learned in whatever situation I am to be content.  I know how to be brought low, and I know how to abound. In any and every circumstance, I have learned the secret of facing plenty and hunger, abundance and need.   I can do all things through him who strengthens me" (Phil. 4:11-13 ESV).

It appears from these important passages that there is a definite and valuable Christian teaching in the Bible concerning contentment.  Unfortunately, we hear very little of this today. As a matter of fact, nobody seems to be contented today!  Everybody seems to want more, want something different, want something better, want something bigger, want special improvements for their comfort and satisfaction, want more pleasures, power, wealth, or prosperity.  The glutton wants more food.  The rich man wants more money.  The pastor wants a bigger church.  The sheep want a better preacher to listen to. The young people want more excitement.  The old want more traditions. We want more comforts, more ease in Zion, we want bigger this and better that. We want more gadgets and games to occupy us.  We want new cars, boats, houses, clothes.   The list goes on and on.  Discontent seems to be the new normal.  Contentedness seems like something from outer space!

Listen to what Paul says!  “I am content in weaknesses, insults, hardships, persecutions and calamities!” and  “I have learned in whatever situation I am to be content!”  These words seem foreign and strange.  When was the last time you heard someone say?…“Yes, things are bad, but guess what?  I am totally contented.  I am satisfied completely that it is 100% all right”?  Have you heard anyone lately who sound like this?…“Well, I brought nothing into this world, and I cannot carry anything out, so Guess what?  I’m perfectly satisfied with whatever God has given me along the way!  I’m happy, I’m satisfied, I’m content!”  Those are the kinds of things Christians should be saying, but instead everybody today seems to be moaning and groaning.  Everybody is murmuring and complaining these days.

1Cor. 10:10  Neither murmur ye, as some of them also murmured, and were destroyed of the destroyer.

Phil. 2:14  Do all things without murmurings and disputings:

Jude 1:16  These are murmurers, complainers, walking after their own lusts; and their mouth speaketh great swelling words, having men's persons in admiration because of advantage.

Num. 11:1  And when the people complained, it displeased the LORD: and the LORD heard it; and his anger was kindled; and the fire of the LORD burnt among them, and consumed them that were in the uttermost parts of the camp.

The Bible seems to have a startling different message at this point than the message which we are accustomed to hearing.  Paul seems to link all this discontent to money lust or greed. Greed, is the desire to have more.  Whether it is money or things, whether it is comforts or prestige, it does not matter;  greed is a form of destructive lust in the soul, and it is counter to the Christian virtue of contentment. Here’s where Paul goes with this.

1Tim.  6:10  For the love of money is the root of all evil: which while some coveted after, they have erred from the faith, and pierced themselves through with many sorrows.

Here is the classic, oft misquoted verse on money lust. Notice that it is the inordinate affection , or love of money, which Paul is discussing.  Some people are “coveting” it. And that’s where the problem is. They want more!  It pierces them through with many sorrows.  That’s where the idea came from that: “Money can’t buy happiness”.   In most cases it causes deep down sorrow, and in all cases lusting after it causes damage to the soul itself, because it is a form of idolatry.

How about what Paul says in the prior verse?

1Tim.  6:9  But they that will be rich fall into temptation and a snare, and into many foolish and hurtful lusts, which drown men in destruction and perdition.

This is interesting, because the word “But” inseparably connects Paul’s thoughts with the prior verses.  The “But” is in contrast to what should be the normal Christian attitude toward riches, money and stuff.  Look at those previous verses so you‘ll get it!

1Tim.  6:7-8   For we brought nothing into this world, and it is certain we can carry nothing out.  And having food and raiment let us be therewith content.

The very next word is “But they that be rich”.  What Paul is talking about here is the fact that there is a great disparity between contented Christians, who have what they need, and the greedy discontented people who never seem to have enough, no matter what they get. “They that be rich”…fall into temptations and snares, fall into many different kinds of hurtful and foolish lusts, fall into a drowning pool of destruction and perdition (which is the destruction of the soul itself). All this because of the “love of money” .   Seems like a tragic waste, and that’s because it is!  Misplaced love is always a tragic waste.

Now I hear the voices of the prosperous rising up to silence my words.  They say,  “But Solomon and Abraham were the richest people of their day”.  And they say:  “there is nothing wrong with being rich, if God has blessed you like that”.  Be careful here. It is true that God sometimes blesses Christian people with great wealth.  And as long as they do not love it, do not lust after it, do not covet it, do not create idols out of it, and as long as they use it to bless others, and to further God’s work, then they may be permitted to keep it. But, this is the exception and not the norm in the Bible. And like Job, they have to remain faithful when God takes it all way as well!   If they have it, they must remain detached from it! The issue is one of “attachment”. The issue is about “The love of money”.  Most rich people are totally attached to their wealth and their stuff.  Christ’s  words, and the teachings of Paul, must take precedent over anything else.  It does not matter if Solomon  or Abraham was rich, because they we able to remain unattached to their wealth.  What matters is what Jesus said, and what Paul is teaching us here.

Mark 10:25  It is easier for a camel to go through the eye of a needle, than for a rich man to enter into the kingdom of God.

James 1:11  For the sun is no sooner risen with a burning heat, but it withereth the grass, and the flower thereof falleth, and the grace of the fashion of it perisheth: so also shall the rich man fade away in his ways.

Prov. 28:20  A faithful man will abound with blessings, but whoever hastens to be rich will not go unpunished. (ESV)

Matt. 19:23  And Jesus said to his disciples, "Truly, I say to you, only with difficulty will a rich person enter the kingdom of heaven”. (ESV)

1Tim. 6:11  But as for you, O man of God, flee these things. Pursue righteousness, godliness, faith, love, steadfastness, gentleness.

So, don’t allow your thinking to be misdirected by the plethora of false teachers and their damnable “prosperity-gospel”.  Yes, sometimes Christians can have great wealth, but these are rare exceptions.  It is very difficult for the rich to be saved, because “the love of money” is a powerful life-dominating idolatry. That is what Paul is plainly teaching here, and no amount of positive thinking, or prosperity-gospel, will change the truth, that riches are a deceitful and harmful snare for most people.  Beware! Because many are swept away down this whirlpool that captures and sinks unwary souls.

Mark 4:18-19  And these are they which are sown among thorns; such as hear the word,   And the cares of this world, and the deceitfulness of riches, and the lusts of other things entering in, choke the word, and it becometh unfruitful.

In stark contrast to all this listen again to these startling words.

1Tim. 6:6-8  But godliness with contentment is great gain. For we brought nothing into this world, and it is certain we can carry nothing out.  And having food and raiment let us be therewith content.

I’m telling you, upon God’s unerring authority, that this message needs to be preached today, rather than the false garbage that “God wants you to be rich”.  If you don’t have a lot, or if you are in fact quite poor, don’t worry, you are in good company.  Christ did not have even a pillow for His head. Paul, had nothing but the clothes on his back. God says “Blessed are the poor”.  Don’t worry, don’t fret.  God provides for the sparrow’s and he will provide for you also (Matt. 10:29-31).   Little is much when God is in it.  “Godliness with contentment is great gain”.

CLICK HERE for you own free PDF version of this study.

©2012 E H Jackson This article may be reproduced on Websites and blogs with a direct link from the article back to this website. it may not be republished in any other form without written permission.
Powered by